When I was pregnant with Sebastian I was so worried about having a cat with a newborn baby. Every article just scared me saying, they will suffocate your baby, they can give your baby allergies, etc, etc. It really freaked me out as a first-time mom, until he was born. The cats are terrified of him. Terrified! So many things surprised me with the cats and him through this first year. I just had to write a blog post about our experience so far at 10 months.

When Sebastian was a newborn, I was scared that the cats would get into the bassinet with him. Never once happened. They would go in before he was born but once he was born they never stepped foot in it again. JiJi, my long-haired 2-year black male cat, would stand on our nightstand and watch over him though. It was so creepy looking! We used to laugh so hard when he did that. We called him gargoyle.

Both Cats always tried to walk across him when I was holding him in my arms on the couch! Thankfully they would do it on his legs if I didn’t catch them in time. JiJi would also try to lay on him when I was holding him trying to get a pet. So we did have to watch for that. Lola, my multicolored 3-year-old short-haired female, used to lick him if he was sleeping in his travel bassinet lol.

At 6 months we moved Sebastian into his crib and they never tried to sleep with him. Lola does sleep in there when he is at daycare though. He also learned how to grab their tails when they would go by his jumper. They learned not to rub against his jumper toy fast. They also learned not to go within his reach since he just grabbed their fur. Now that he is crawling they will let him get pretty close but then run away when he is too close to touch them. It’s so funny watching them go around the house like that.

I’ve been trying to teach him how to pet the cats recently. He does ok but doesn’t get it yet, he just gets so excited. They’re good for a short time then walk away when annoyed. He will also squeal and get shakey from excitement when he sees them haha. It’s so cute.

They are always up to date on shots. They also get flea, tick, and heart-worm medicine from the vet. We made sure he didn’t get any allergies from them. One thing we do have to figure out is not letting Sebastian into the cat food/water/litterbox since he is starting to crawl. If you have suggestions leave them below! I also try to vacuum up cat hair, I need to be better at it though. I just forgot to vacuum lol.

When Sebastian is 1 and walking around I’ll come back and update. Overall it’s been great. They are just scared of him and run away. They haven’t scratched or attacked him at all. He loves them so much and gets so excited when he can see them. 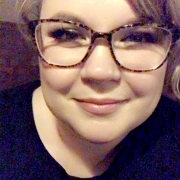